The Fairy Tale Trio plays a kind of hybrid music combining elements of Bulgarian folk music and jazz. Kaval player Theodosii Spassov has developed a style that allows him more chromatic and timbral possibilities than previously associated with that instrument, while soprano saxist Anatoly Vapirov can go from tricky folk melodies to Coltrane-like wailing in the space of a few notes. The trio is rounded out by percussionist Stoyan Yankoulov, who uses mostly the traditional tupan (a double-headed drum, played with sticks) with a few modern additions

.Enver Izmailov is a remarkable guitarist. He developed a tapping technique long before ever hearing about Stanley Jordan. His playing encompasses Oriental and Balkan folk music, rock, Indian music etc. Western classical and the improvisation of jazz; he can also make his guitar sound like a tabla or saz and is not afraid to leave space. 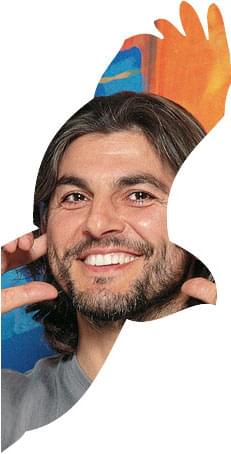